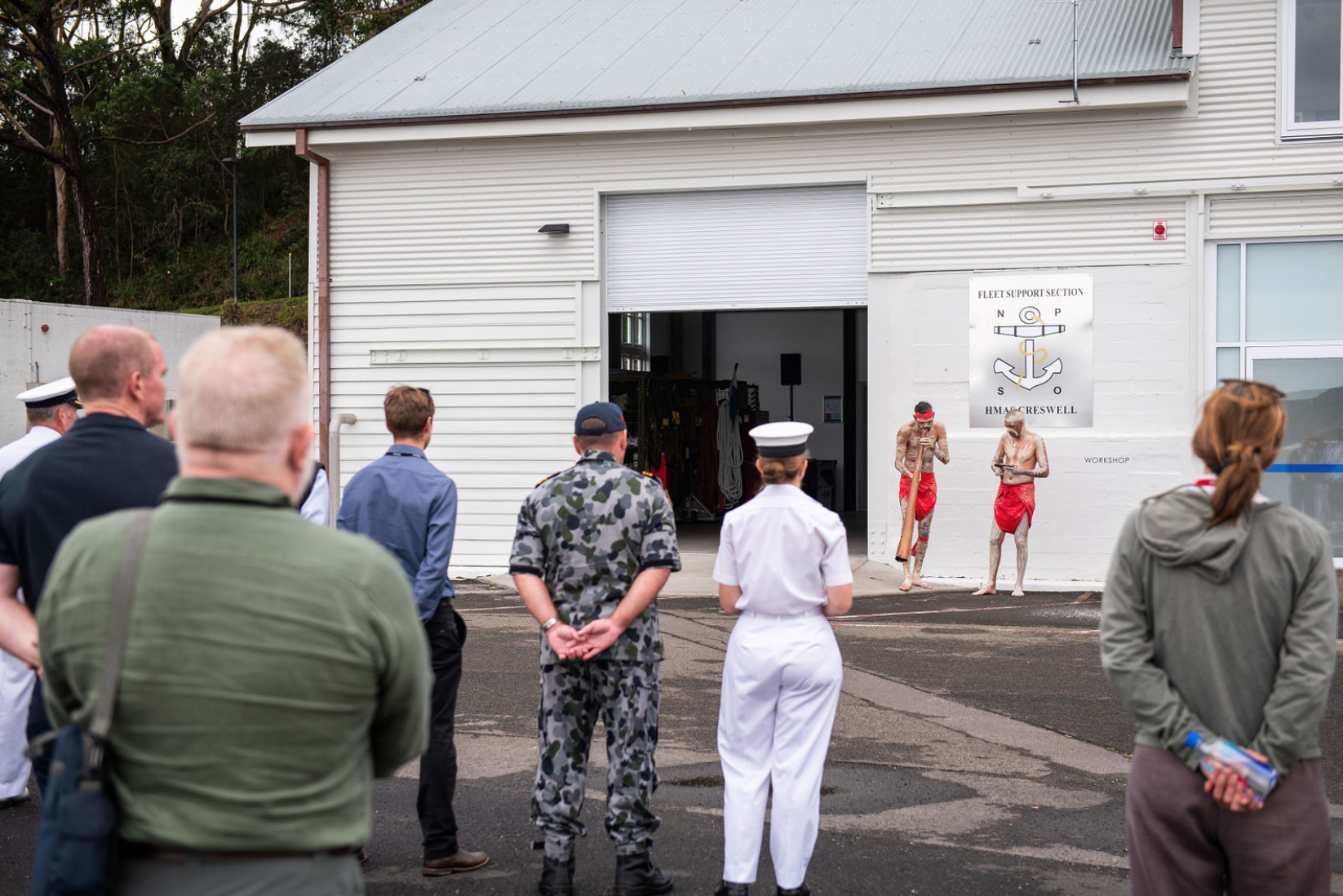 The ceremony was a celebration of the completion of a nine month refurbishment project by Indigenous owned and operated BY Group Pty Ltd engaged through JLL Augility. The refurbishment was envisioned by Lieutenant Brad Doyle to upgrade the fleet support training facilities.

The event took place on site and guests participated in a very special traditional Aboriginal smoking ceremony and performance by locals, the Doonooch Dance Company. Speeches were given by Captain Bairstow and BY Group CEO Vic Morgan. Guests were also able to tour the Heritage listed building.

Originally built in 1913 and re-established as the Fleet Support Centre in 1949, the Fleet Support Building required significant refurbishment and maintenance (both externally and internally) to bring the asset up to the required building code of Australia and Australian standards and to meet current and future Navy operational functionality. It now features a new Mezzanine office area, a new briefing room, a new workshop, new lockers and wetsuit racks and substantial storage facilities.

BY Group business has 75% Aboriginal staff and look to grow their own talent through career progression opportunities, training and mentoring. Through the Building 153 project BY Group was able to employ three new Indigenous staff members from the local Jervis Bay community for the project who now work full-time within the organisation.

One of the issues for achieving economic independence for Aboriginal people is the need for employment opportunities in the area in which they live. BY Group looks to leave a legacy in the communities in which they deliver projects by providing not only employment but a career pathway.